A year ago, we did a survey asking what the Train Campaign’s priorities should be in 2019. The highest rated item was, “Outreach to federal legislators & campaign for infrastructure funding.” We were at that point hoping for a federal infrastructure bill. Our hopes were dashed in May 2019 when talks in Washington broke down.

But things have changed this year, dramatically, because of the COVID-19 (coronavirus) pandemic. The Phase 3 recovery legislation met or exceeded the national Rail Passengers Association’s COVID19 request. Trains and public transit are getting substantial funding allocations because legislators see that these projects will get people back to work. 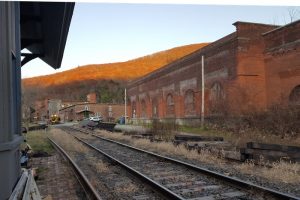 The list of projects includes East-West Rail in Massachusetts Boston to Pittsfield) and the Housatonic Line in Massachusetts, Connecticut, and New York (Pittsfield to New York City). Read more at RailPassengers.org.

Train Campaign founder Karen Christensen is a Rail Passengers council member for Massachusetts and is running for a seat on the national board of directors. She participated last week in the Virtual Day on the Hill, meeting via Zoom with staffers from 5 legislators’ offices, including those of Elizabeth Warren, Ed Markey, and Richard Neal.

Here’s what the Rail Passengers Association president Jim Mathews wrote this week: “Investing in Passenger Rail for Economic Recovery: Rail Passengers believes that intercity passenger rail and transit have an important role to play in getting our economy back on track. As Congress considers further phases of coronavirus response, we will be developing a list of shovel-ready rail projects that are able to move quickly if funding becomes available. These projects will get Americans back to work by creating construction and manufacturing. They are also investments in a better, more efficient U.S. transportation system that will return dividends for generations to come.”

You can help by writing your representatives, telling them how important it is to include funding for East-West Rail in Massachusetts Boston to Pittsfield) and the Housatonic Line in Massachusetts, Connecticut, and New York (Pittsfield to New York City). Read more at RailPassengers.org. 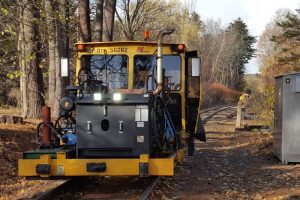 As a reminder, the East-West line that currently has a single train each day. This is the subject of a MassDOT study and the estimate of $3 billion would provide for regular high-performance service between Pittsfield and Boston (and, with NYS participation, to Albany).

The second is a much less expensive project that is not just shovel-ready but shovel in the ground: the Housatonic Line between Pittsfield and New York City. We have called for a new MassDOT study of economic and environmental benefits, but the fact is that the project has been studied extensively and could actually be started very quickly, with the current $30-million upgrade to the MA portion of the line carried south into Connecticut and on to the junction with Metro-North.

About the Author: Anne