Skip to content
Home → Podcasts → Train Time → The Network Effect: A Conversation with Jim Mathews of the Rail Passengers Association
Previous Next

This conversation with Jim Mathews, CEO of the national Rail Passengers Association, began when he and host Karen Christensen met at the 40th Annual NYS Passenger Rail Advocates Meeting & Lunch in Albany on 7 March 2020, just days before the US lockdowns began. Mathews frequently talks about the important of measuring the value passenger rail brings to our country and to our communities. Christensen was especially interested in the ways in which a well-conceived network amplifies the value of any individual rail line.

Mathews explains in the podcast that he was alert from an early age to the fact that trains make things happen, that all kinds of activity and commerce develops around around train stations. As he became professionally involved in the train world, he saw more and more evidence that this was so. But he wanted to move from anecdote to data about rail as an economic engine. In this podcast he explains some of the things he is doing at the Rail Passengers Association to produce data and tools for analyzing network scenarios.

Train Time podcasts are available on or iTunes and Google Podcasts, and you can subscribe via RSS. 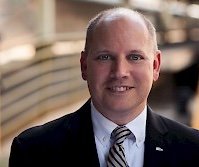 Jim Mathews is President & CEO of the Rail Passengers Association in Washington, DC, a nationwide 501c3 nonprofit transportation advocacy group.  Mathews has been leading a reinvigorated advocacy and legislative effort which has notched several wins in since 2015. A lifelong train traveler with a deep-rooted vision for a robust national passenger train network within the US, Mathews believes rail can be an economic engine in the communities it serves, a potentially transformative mode in an ever-changing transportation landscape and the most environmentally responsible way to meet the transportation challenges of the 21st century.

Train Time is hosted by Karen Christensen, founder of the Train Campaign and Chief Executive Officer of Berkshire Publishing Group and a writer specializing in sustainability and community with a focus on China. She was senior editor of the Encyclopedia of Community (SAGE), and is a trustee of the University of Pennsylvania Press and an associate in research at the Fairbank Center for Chinese Studies at Harvard University. She founded the Train Campaign in 2011 as a project of Barrington Institute, sister nonprofit to Berkshire Publishing Group.

This text has been lightly edited. Recorded on . 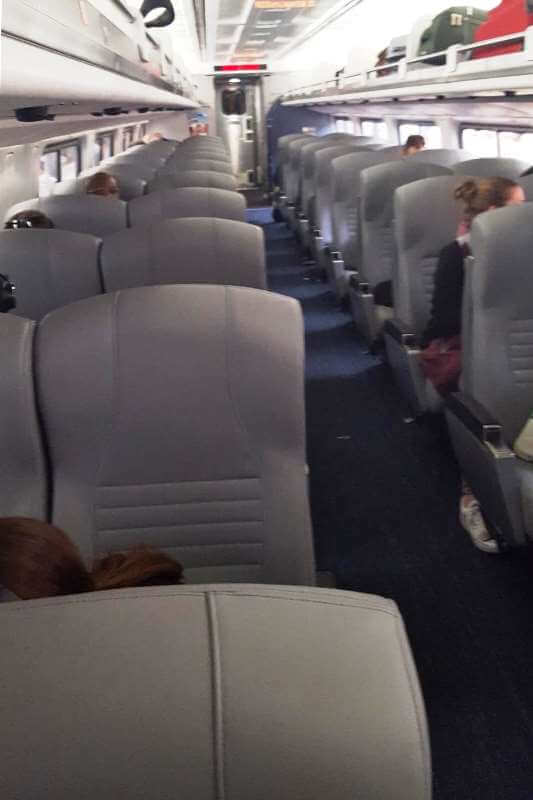 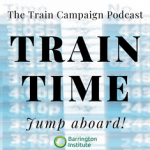 Welcome to Train Time, a podcast from the Train Campaign, working to connect cities and rural areas because we’re convinced that passenger rail as the essential framework for efficient, sustainable transportation in the 21st century.