Notes from the East-West Rail Study Presentation in Springfield, MA on 12 March 2019

Notes from the East-West Rail Study Presentation in Springfield, MA on 12 March 2019

Train service to Boston doesn’t get the same public attention, at least in Berkshire County, as potential New York passenger services, but the East-West Rail Study is a key issue for the Train Campaign because Boston is the other metropolitan economic powerhouse of the northeast United States, and of course our state capitol.

The goal of the new $1 million East-West Passenger Rail Study | Mass.gov is to identify the best way to enhance service from Boston to Pittsfield via Worcester and Springfield. The first public presentation about the study was held last week in Springfield. Train Campaign representatives came away energized, and convinced that expanding passenger rail in an integrated, holistic way is getting real attention, and both political and public support. The standing-room-only crowd in Springfield certainly seemed evidence of that. There was a noticeable buzz in the room, and the dynamism of other Western Mass citizen groups was obvious. 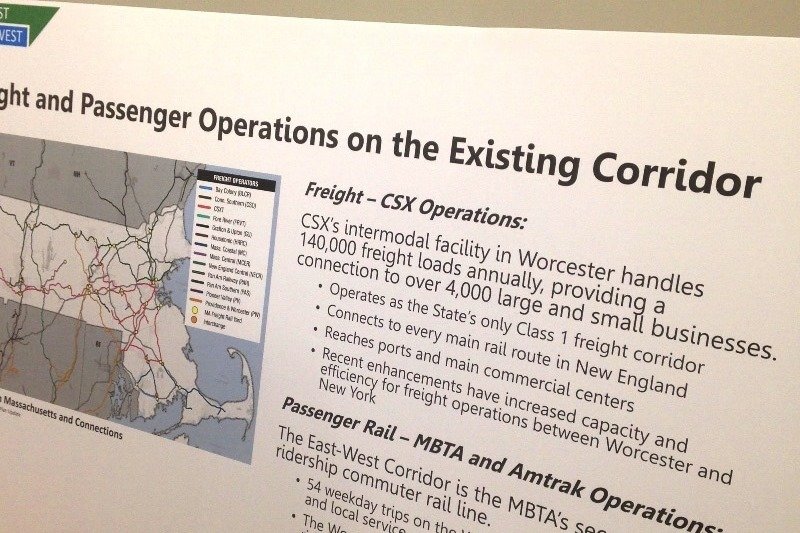 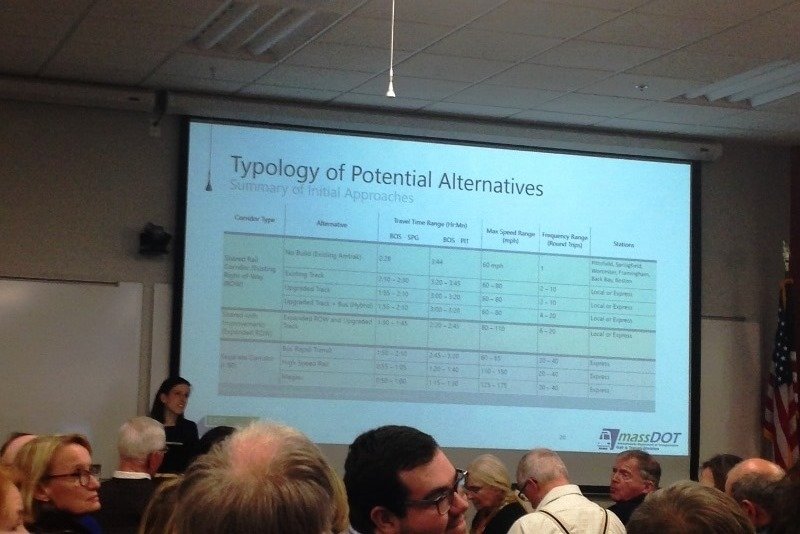 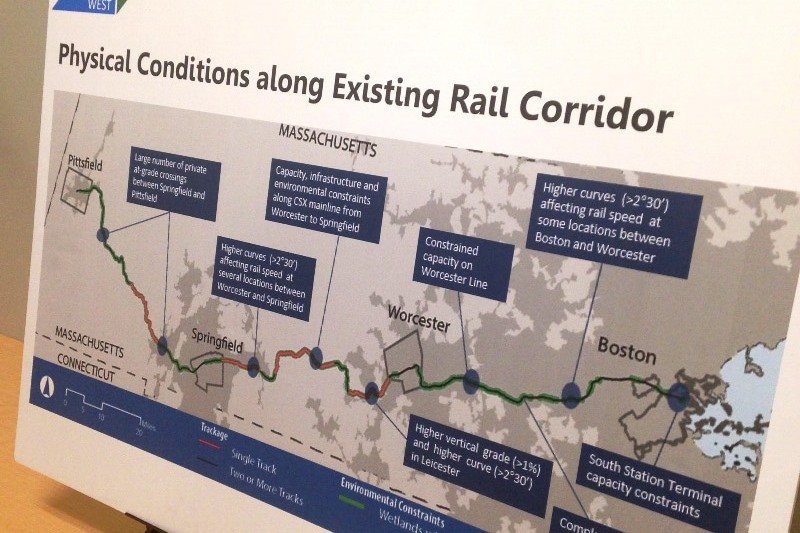 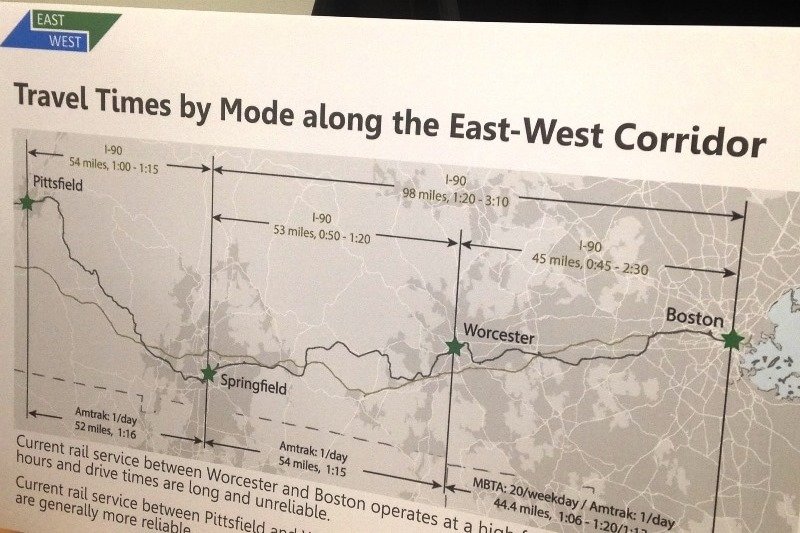 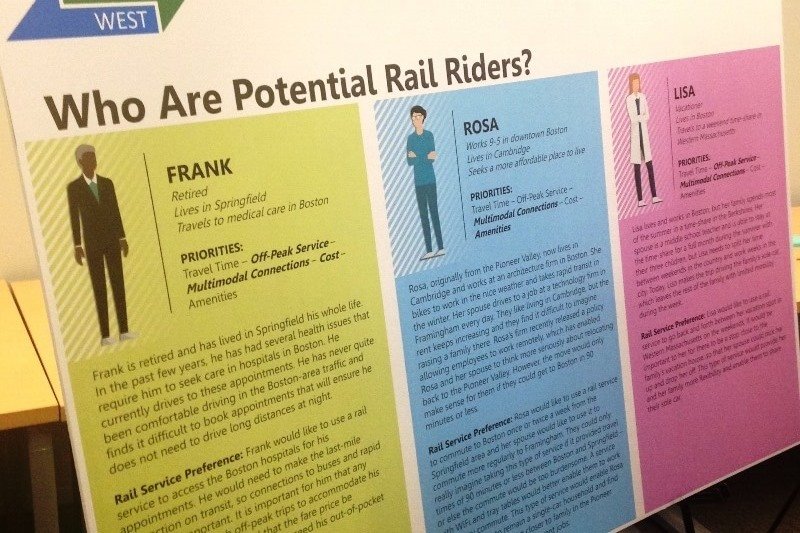 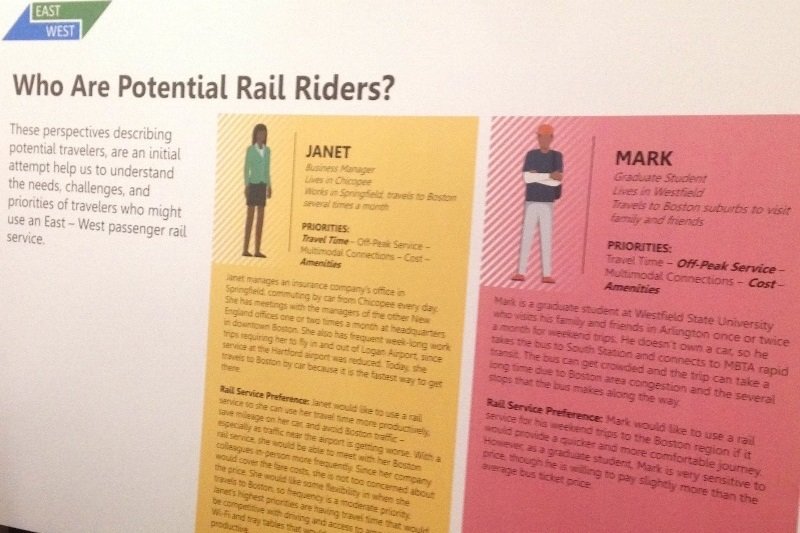 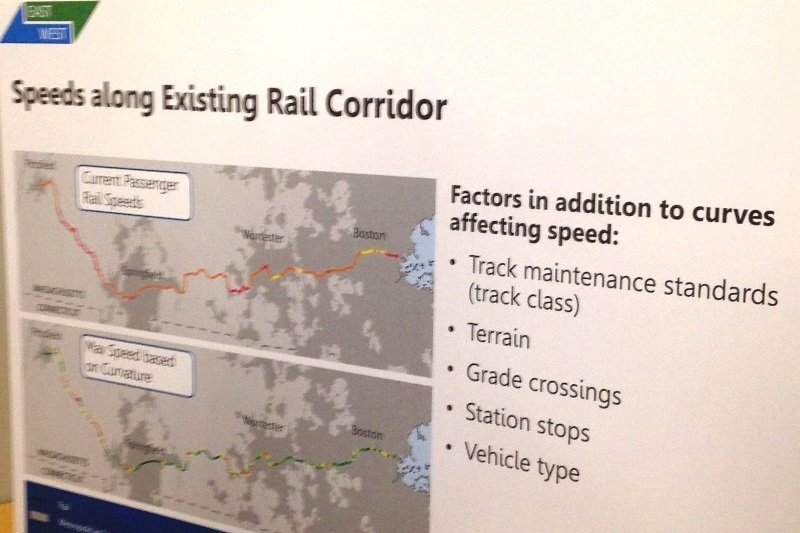 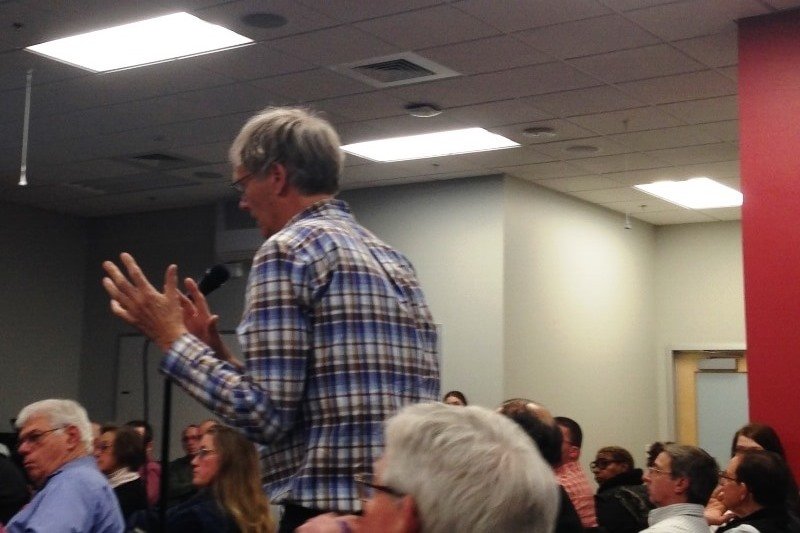 The presentation was led by Jennifer Slesinger from MassDOT. They currently have a list of approximately ten alternatives.  These alternatives fall into three groups:

Currently, they are in “alternatives analysis” mode, a process of  “high level screening”, during which they will whittle these alternatives down to six options, study their characteristics and feasibility, then winnow those down to three final options that will go into the draft report.

Ms Slesinger said the presentations from this meeting will be posted, and if you are impatient you can see a few of the slides here in our photographs. The Train Campaign will be calling for public hearings across the region and is discussing a Western Mass Train Coalition with the other major citizen groups.

Members of the public who spoke later in the meeting were eloquent in making the case for rail, and brought up topics you’ve been hearing about from the Train Campaign. Rail will not only spur appropriate economic development and bring new vitality to our region, but will lead to better, more affordable housing options, zoning reform, and social justice and equity.

Here are notes made quickly (not verbatim) from the public comments,to spur your thinking on the issues:

Former senator Stan Rosenberg asked for more public hearings during this process. He said that the citizens of Western Mass do our best work when we listen and learn from one another (applause). He called for a similar study in the northern tier, which would continue rail further west from Fitchburg along the ‘Inland Route’ to Greenfield and North Adams, and mentioned that he had completed a study for eastern MA business interests, who are very interested in advancing affordable housing in western MA in order to provide a labor pool for eastern MA (big applause). This would also help with depopulation issues in rural towns and cities. He called on the MassDOT to connect east and western MA in a more robust way so we all feel like we’re part of the same state.

There was a big contingent from Chester strongly against the I-90 corridor option.  They all rode the Amtrak from Pittsfield to Springfield to get to the meeting. One of them asked, “How does this project connect towns and connect human beings?”

Andrew Jennings, a rail consultant, said that MassDOT needs a non-rail (bus) alternative as a negotiating tool against CSX, otherwise they will hold us hostage when you try to get the rights you need to operate an improved east-west service.

Ben Hood, with Citizens for a Palmer Rail Stop, urged the MassDOT not to leave out the Palmers along the route. “We need trains to connect the forgotten parts of our state.  There is an economic inequality that must be addressed during this process.”

We are one state, and the East-West Rail Study is bringing together stakeholders from across the Commonwealth of Massachusetts. Easterners are learning about the assets and needs of the west, and we are learning about their challenges, too. Rail has to be developed holistically, as a network. Here, for example, are a few lines from an article that highlights this issue:

It is not clear all plans for the corridor operate as a coherent whole. Unlike the Pike, the line hosts different services with more on various pols’ wish lists, all of which may need different investments to enact or sustain. | It is proper that the East-West study move forward. However, it may be a dead letter if chronic needs well east of Springfield and Worcester are not addressed. Read more.

We’ll be posting more, and letting you know how to comment on the plans. In the meantime, we’d like to alert you to the other Western Mass groups working vigorously, with the Train Campaign, to support 21st-century passenger rail: