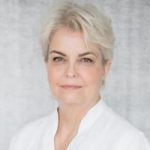 Carolyn Phillips returns to discuss the merits of Chinese rice wines and spirits in this episode of Berkshire Bookworld’s “China Cooks!” Carolyn discusses wines and spirits as accompaniments to Chinese dishes and their use in cooking certain traditional recipes. If you’ve been warned off baijiu 白酒, suffered from an excess of it, or perhaps never even tasted a Chinese rice wine, this is your chance to get expert advice on a whole range of beverages, beyond the beer and white wines that most Westerners are used to drinking with Chinese food.

Food writer Carolyn Phillips is fluent in Chinese, having lived and worked in Taiwan for eight years during the late 1970s and early 1980s. At that time, the chefs in Taipei were opening up incredible restaurants featuring practically every region of this vast patchwork of cuisines. She soon learned to cook these dishes on her own, quickly amassing a library of Chinese cookbooks as she pestered proprietors of local restaurants and food stalls into handing over their family recipes and secret techniques. The results can be found in her illustrated book, All Under Heaven, about all the cuisines of China, published by McSweeney’s. Phillips is a member of the advisory board of the Berkshire Encyclopedia of Chinese Cuisines.

Karen Christensen is the Chief Executive Officer and founder of Berkshire Publishing Group and a writer specializing in sustainability and community with a focus on China. One of her current projects is with George R. Goethals and Crystal L. Hoyt of the Jepson School of Leadership Studies at the University of Richmond. They are coediting Women and Leadership: History, Concepts, and Case Studies (A Berkshire Essential), and Christensen has ensured that there coverage of China and other parts of the world, including articles on Wu Zetian and Cixi drawn from the Berkshire Dictionary of Chinese Biography.